Several months ago while I was teaching Sunday school to about fifteen students they spontaneously stopped listening to me and began singing a three-part harmony composition.  They each had also taken out a piece of paper and drew a space ship hovering over the Sunday school bus while they sang. The music was overwhelmingly beautiful and touched my very soul. Since they drew space ships and sang at the same time I believed that the music must be alien.

Since my husband Willie, a musical scholar with a Ph.D. in music, wasn’t there when they first sang I begged him to attend my subsequent classes. I wanted him to hear their amazing music. He did. After a few Sundays of the children not singing they finally did. I was reading them a few lines from The Wasteland a poem by T.S. Eliot when they spontaneously sang the melody a second time. Willie recorded it.

Willie has composed award-winning choral music for our Church and is acknowledged far and wide as a brilliant composer and conductor. Willie after some thought, and much prodding by me, came to the conclusion that the music’s chord structure was too unique and far advanced

to have been written on Earth. So my loving husband finally agreed with me that the music had to be alien. Who else except space aliens could make the children draw a space ship hovering over the Sunday school bus and have them sing such transformative music?

Willie set about to create a new choral work which would incorporate the children’s three-part harmony. He would premier it at our Church. He named it Above. From my kitchen I would listen to Willie composing on the Church organ.

Willie has extra choir practices on Thursdays so he can rehearse new choral music for our Church services. Last Thursday he was planning to rehearse Alexander’s Feast by Handel a choral piece from the eighteenth century. He arrived an hour early so he could work on Above.

Mrs. Dolly Anne Jermyn had also arrived early and was sitting in the Church.  Willie was creating his new composition. Dolly Anne is an excellent soprano and has been with the choir for about five years. She has three children ages 13, 15 and 16. She makes the best Irish Soda Bread all year long for family and friends.

She sat quietly in a pew and was enjoying the music. At one point Willie checked the mirror on the organ which looked down on the pews and saw that he had an uninvited guest. He immediately stopped playing because he didn’t want anyone to hear his unfinished composition.

Because he doesn’t like small talk he stayed seated at the organ. Given his introspective personality he planned to stay there until it was time for rehearsal. But Dolly Anne who is very outgoing went to Willie.

“I love the theme song from Napollo Zed. Are we going to sing it in a service?”

“What do you mean the theme song from Napollo Zed?”

“The music you were playing is from the space-alien movie Napollo Zed. And they just came out with a video game. That’s all the kids are talking about.”

“This music?” And he played the three-part harmony that the children sang.

“Yes. That’s the theme song. It’s beautiful. I researched it. It was written by the brilliant Polish composer Pyotr Ilyich Szetzinoski.”

Yes it wasn’t alien. Yes I was wrong. Very wrong.  I was the one who convinced my husband that the children’s music was alien. His fiery love for me was like a blanket that extinguished his intelligence. Aliens? How else could all fifteen children know the music? Why did they draw space ships? The movie Napollo Zed.  I apologized to my husband Willie. I didn’t know about the movie or the video game even though I have two teenage children.

Teasing. From that moment on my loving Willie was relentlessly playful.

“You can’t find your shoes? The space aliens must have taken them.” 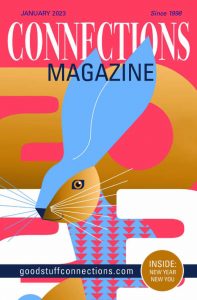