A great place to take a little hike in any season lies just across the Roebling Bridge in Sullivan County, New York. While the park’s draw is its connection to the Revolutionary War, there’s history spanning several centuries to be found along the pathways. Getting there is simple enough. From Lackawaxen, once over the bridge, bear right and cross NY-97 almost directly, then head uphill following signs to the park. Once there, hikers have two intertwining trails to tackle: The Battleground Trail and the Woodland Trail.

The Battleground Trail is less than a mile long and is paved in several spots, allowing for easy access to most of the monuments. Sticking fairly close to the center of the park, it visits key places from the 1779 skirmish where Continental Militiamen faced off against Irregular Loyalist and Native forces. Present-day travelers to the area often comment on how remote the area seems to them; imagine what it was like in the 18th century. This area was the frontier!

The men who fought here were probably fighting more to defend their farms and families than they were for the cause of liberty. Hikers here might want to consider what it would be like to suddenly have to drop everything one day, pick up a rifle, and march off to defend a neighboring village against a raiding party set to burn out the crops, destroy the food stores, and kill the livestock needed to get through the winter. Signs along the trail describe the events of the day and give hikers some perspective about the day’s events; none of them really, fully describe what it was that drove these men to combat.

More to the outside of the park is the Woodland Trail. Much of it is easy walking; in fact, moss covers the path in many places. In warmer months it’s possible to slip off one’s shoes and stroll on top of the sphagnum. Here and there it weaves with the Battleground Trail. The Rockshelter and Old Quarry Trails spur off from it as well. While there are some steep sections, they are rather short. Loose rocks in these sections are something to watch for.  A visit to the rock shelter shows hikers a place natives used for a camp while hunting and fishing in the area. The quarry highlights the region’s history with bluestone.

All in all, the Minisink Battlefield Park offers a little glimpse into the history of the area and offers those who venture there a quiet respite for a few hours.

Woodland Trail highlights include: A interpretive center and self-guided nature hike as well as wetland viewing.

Rockshelter Trail highlights include: The cliffs and a spring.

Photo: The mossy paths of the Woodland Trail. Photo by Bill Deaton.

Small Photo: One of the many monuments in the Minisink Battlefield Park a hiker typically might encounter on the Battleground Trail. Photo by Bill Deaton. 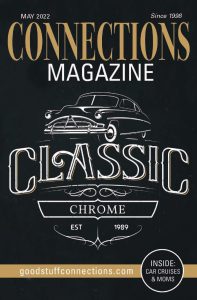