If you are a member of my congregation you already know my husband the musical scholar Dr. William A. DoGood. That is Dr. William Always DoGood; his parents were prescient.

He is the Church’s organist and choir master. You know him from passionately playing the organ as his body, arms and hands move over the organ to create our uplifting music. You see him with baton in hand directing our amazing choir which he has assembled and leads. And you also know that he is the brilliant mind behind our renowned concert series which is recognized statewide for its diversity and skill.

You also realize that he doesn’t like small talk. He is not gregarious. He can be abrupt. If you were to say hello to him as he passes you by in the aisle of the Church he will probably ignore you.

He is remembered to have run out of the Church during a service because the home organ he was playing smelled like cold cuts. Our Church organ was broken so we borrowed a home organ from a congregant who is a butcher. The whole congregation watched him run from the Church while dropping the sheet music that he should have been playing. I continued the service in silence and in shock. But to most, it just made him more endearing.

I love my husband Willie. And it is with his permission that I tell you the story of the woolen ski cap.

As a wedding present my parents-in-law agreed to pay for Willie to get a Ph.D. in liturgical music from Bellingshire University in Sussex, England. My father-in-law The Reverend Mr. Silas Patriot DoGood knew that when Willie finished his degree he would return to become the organist at his Church. And Willie did.

The course of study at the University was very rigorous. We both knew that he would be busy all the time. We also knew that I couldn’t readily get a job in England because I wasn’t a citizen. So I decided to stay with his parents at the parsonage of his father’s Church while Willie went off to study.

Because there would be many breaks in his studies his parents agreed to pay for him to come home as often as possible. But with Willie away his father had the ulterior motives of training me to take over some of his responsibilities at The First Church of God’s Love which he founded and to ultimately lead it. I knew I wanted to serve the community and working at the Church would be wonderful.

I was delighted when Willie came home for his first break. It was for six weeks. It was winter.

When we went to bed for the first time he put on a woolen ski cap. “Why?” I asked. He explained that his apartment in England was heated only by a night storage heater and that he had gotten used to wearing it because his apartment was cold.  A night storage heater is a metal enclosed collection of bricks usually four feet by three feet that has an electric wire going through them. The wire is heated usually at night when the electricity costs are less. The bricks retain the warmth.

I got used to seeing him wearing it. He was cute; my own skier in bed with me.

When he returned to England he forgot to take it. I found it on our bed. I tried it on. It touched my head and reminded me of him. It snuggled me. I started wearing it and haven’t stopped. Now we are a pair of skiers in bed. It does mess my hair but it’s worth it. We wear them even in summer. 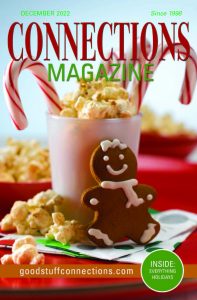